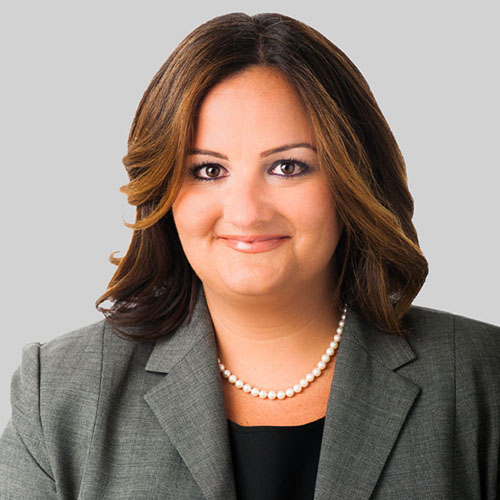 Throughout her career, Kathleen has developed a practice dedicated to representing clients in all facets of Chapter 11 and Chapter 7 bankruptcy cases; including significant litigation experience both in and out of the courtroom. Kathleen frequently appears in the bankruptcy courts for both the Southern and Eastern Districts of New York.

Kathleen primarily represents Chapter 7 trustees in large, medium and small wind-downs and liquidations, including asset sales, litigation against former directors and officers, and claims objections. Kathleen has represented debtors in Chapter 11 reorganizations, as well as fiduciaries appointed to operate the debtor in liquidating Chapter 11 cases. In addition, Kathleen has significant experience representing creditors’ rights in Chapter 7 and Chapter 11 bankruptcy cases, including landlord rights, secured lenders and other unsecured creditors and defense of claims objections. She has experience performing this work in a variety of industries, including real estate development, restaurants, transportation and retail. Kathleen also prosecutes and defends clients in Chapter 5 avoidance actions in both Chapter 11 and Chapter 7 bankruptcy proceedings, including a large national furniture chain, a major financial institution, an international media company, healthcare and transportation.

Kathleen was previously a senior associate in the Forensic Services practice group at KPMG LLP, where she worked with lawyers, former prosecutors, FBI agents, journalists and law enforcement officials, on various aspects of corporate investigations, including an international fraud scheme in a Chapter 7 bankruptcy. Her work at KPMG was primarily focused on performing anti-money laundering and anti-terrorist financing compliance reviews for several large financial institutions in Korea, Japan, China and the United States. She was integral in developing proprietary tools to assess compliance in response to regulatory examinations, including creating and performing transaction look-back database to analyze bank transactions for indicia of suspicious activity to satisfy regulatory reporting requirements. Kathleen also conducted a Foreign 5 Corrupt Practices Act investigation in the Sao Paolo, Brazil branch of a U.S.-based online gaming company.

During law school, Kathleen was a law clerk in the New Jersey Office of the Attorney General. She was also a participant, board member and recipient of an award for Top 10 Brief in the Rutgers School of Law-Camden’s Moot Court and a practitioner in the Children’s Justice and Street Law Clinics.

Kathleen is active in the local community and previously served on the junior board and fundraising committee for Breast Treatment Task Force, a New York-based nonprofit that raises money to facilitate breast cancer screenings and treatment for patients without health insurance. Kathleen is also an active fundraiser and co-leader of Fox Rothschild’s team for Cycle for Survival, a non-profit dedicated to raising money for rare cancer research in connection with Memorial Sloan Kettering.