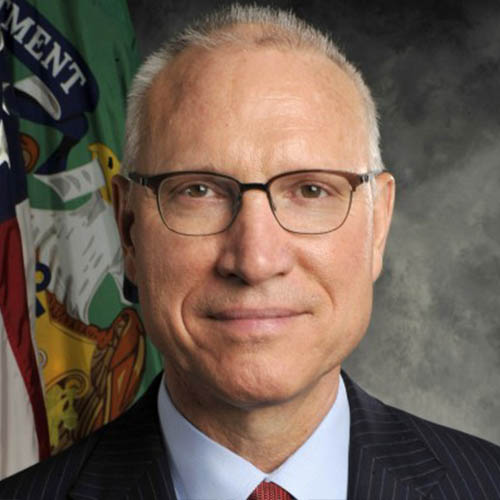 Kent Hiteshew has spent his entire career delivering public finance solutions to both state and local governments and federal policy makers.  He spent nearly 30 years on Wall Street in the municipal bond industry where he raised billions of dollars of capital for public infrastructure and affordable housing, most recently at JP Morgan Securities.  In early 2014, he was asked by the Secretary of the US Treasury to establish and direct a new policy office designed to inform senior officials at Treasury and the White House concerning state and local finance issues, including the municipal bond market, infrastructure finance, public pensions and fiscal distress.

In this position he managed Treasury’s response to the fiscal and economic crisis in Puerto Rico, including day-to-day crisis management, development of the Obama Administration’s four-pronged policy response and legislative proposal, Congressional negotiations which led to adoption of PROMESA and appointment of and technical assistance to the Oversight Board members.  In addition, he staffed the Treasury Secretary’s role as Co-Chair of President Obama’s Build America Infrastructure Task Force to promote federal policies to encourage greater private investment in public infrastructure.  He also led bi-lateral discussions with Ministry of Finance officials of the government of China about the foundations and practices of the U.S. municipal bond market.